Art made by women 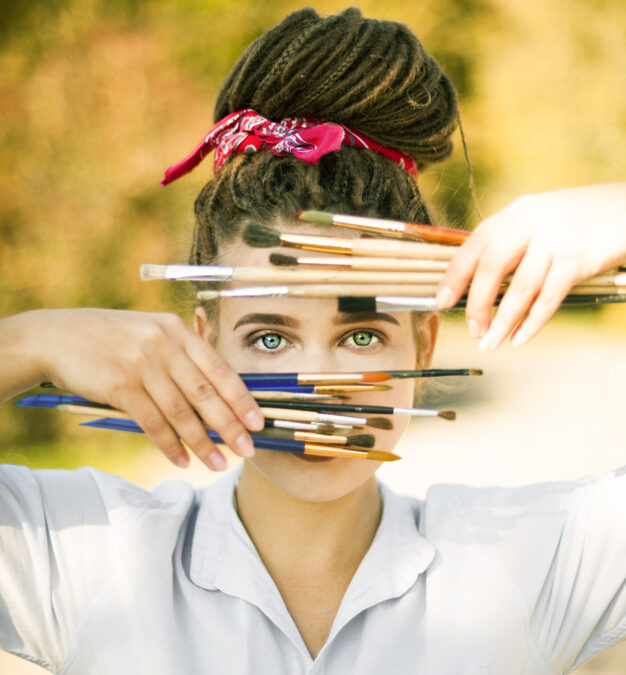 Social roles have been around for centuries, despite the tremendous progress our society has made in recent decades, they still have a huge impact in today’s job market. In particular, it is women who face constraints in their ability to advance in their careers, the so-called „glass ceiling phenomenon”.

The phenomenon that, due to systematic barriers, low representation and mobility, and ever-present stereotyping, prevents women from advancing to higher positions. This fact affects almost all women in the market sectors, especially female artists and those working in the creative sector. According to the report „A poor chance of promotion?” Published by the Katarzyna Kozyra Foundation, there are far fewer women than men employed at Polish art academies. This is surprising because women are the overwhelming majority of students in the above-named universities. This barrier is due to long-standing historical beliefs; the childcare and eldercare duties they perform. Employers persist in the belief that hiring women (especially in higher positions) risk their decision to become mothers, and thus to abandon work for the family. Also, this reason affects their situation in the artistic community. Buyers, when deciding to purchase a piece of art, pay attention to „who they are buying”. These transactions are often treated as further investments rather than acts of admiration for the art and its author. Therefore, they ask themselves, how long will this painting/ work be significant? Worth it? The „danger” of buying works from female artists is again –  motherhood.

In recent years, the situation is fortunately changing. Many Polish museums and galleries choose to present female art. The question, however, lies in the essence of this change – is it just another „feminist and women liberating” trend, or is it a real change that has a chance to change the face of Polish art? Agnieszka Mese, an art consultant, currently helping women artists take their first steps in the industry, responds (from an interview by Anna Macioł-Holthausen, „Women’s Art Still Underestimated?”): „For now it’s just a trend, we’ll see if it continues”. She assures us that this is a step in the right direction, we just need to keep an eye on the situation and do everything we can to make sure that women finally start being treated equally to their male artist colleagues. Despite many changes, female artists are still rarely exhibited, entire exhibitions are rarely dedicated to them, and awards and competitions still go more often to men.

The popular belief that says: “the real artists ought to be poor” to appreciate the real virtues in life does not help the situation of female artists either. They are expected to exhibit their work for free or take part in unpaid internships for the belief that an artist’s work is not a job but above all – mission. Therefore, specialists support institutions and measures are needed to protect artists and women employed in the cultural sector from unfair treatment by their employers and contractors. Also, as a society, we should fight gender inequality at all career levels in every sector of today’s economy. If we get rid of all the stereotypes created for the so-called „gender roles” the situation of women artists in Poland and Europe will change significantly.

This website uses cookies to improve your experience while you navigate through the website. Out of these, the cookies that are categorized as necessary are stored on your browser as they are essential for the working of basic functionalities of the website. We also use third-party cookies that help us analyze and understand how you use this website. These cookies will be stored in your browser only with your consent. You also have the option to opt-out of these cookies. But opting out of some of these cookies may affect your browsing experience.
Necessary Always Enabled

Any cookies that may not be particularly necessary for the website to function and is used specifically to collect user personal data via analytics, ads, other embedded contents are termed as non-necessary cookies. It is mandatory to procure user consent prior to running these cookies on your website.